The FSharp.Charting library implements charting suitable for use from F# scripting. Once you load the library as documented in referencing the library document, you can use the members of the Chart type to easily build charts. The following example creates a candlestick chart for a time series and sets the range of the Y axis: 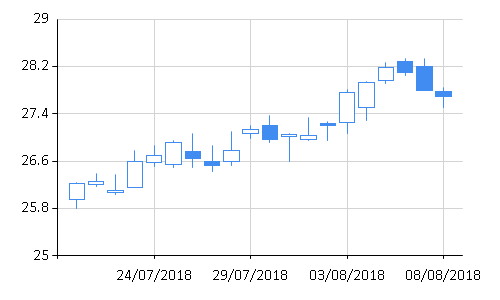 The library provides a composable API for creating charts. For example, you can use the Chart.Combine function to create a chart consisting of multiple line charts. The following example creates a single area showing sample income, expenses and profit in a single chart: 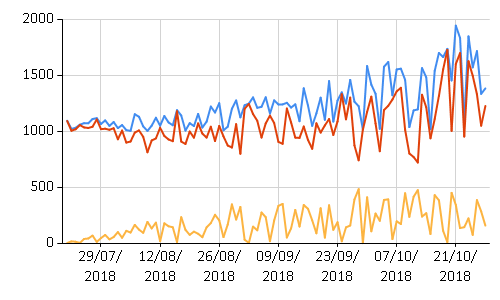 This library is a successor to FSharpChart. The last version of FSharpChart was version 0.61.

The project is hosted on GitHub where you can report issues, fork the project and submit pull requests. If you're adding new public API, please also contribute examples that can be turned into a documentation.

The library is available under the MIT licence. For more information see the License file in the GitHub repository. In summary, this means that you can use the library for commercial purposes, fork it, modify it as you wish.